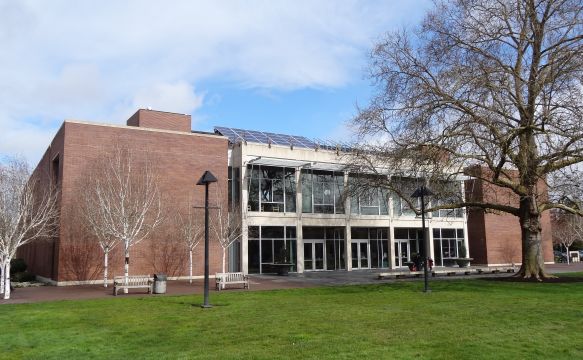 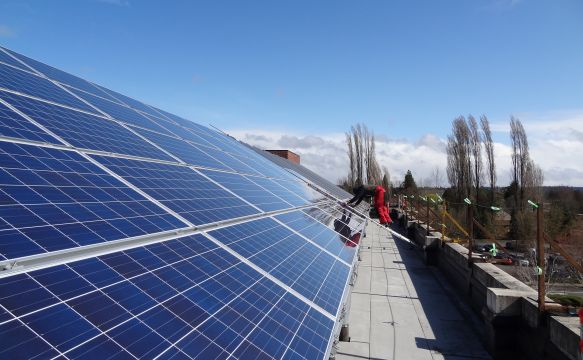 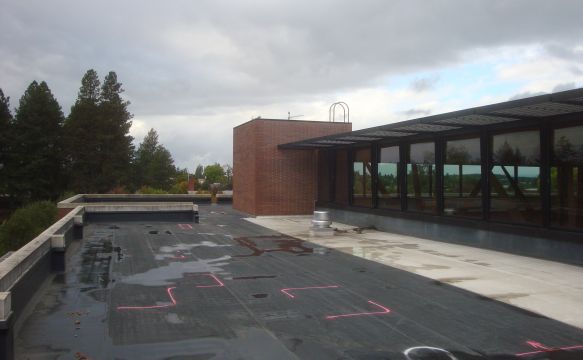 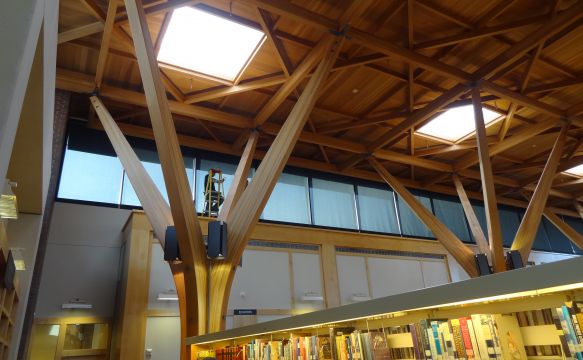 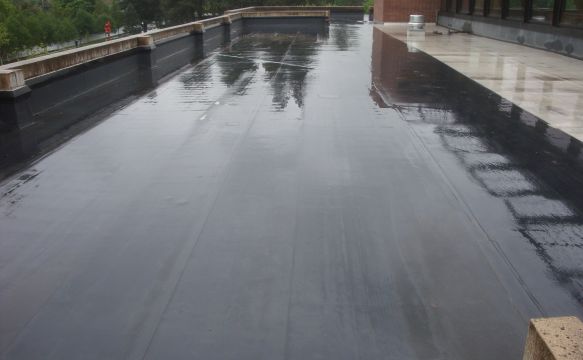 Shortly after construction in 2001, the City of Beaverton Library experienced roof leaks and progressive failure of the TPO membrane. After commissioning the building was determined to be highly inefficient, prompting the City’s Energy Reduction Initiative with the Department Of Energy leading to building monitoring and interest in energy production and carbon emission offset in the form of roof mounted photovoltaics.  The City engaged Professional Roof Consultants to develop roof replacement design criteria to respond to the initiative in a cost effective and responsible manner with a primary focus on numerous other performance concerns unique to the structure.  Response to the initiative included:

Prior to the start of design in October 2011, the City had received Federal funding and a Feed in Tariff  agreement with PGE however the PV array absolutely had to be fully integrated to the grid prior to April 12, 2012, resulting in a compressed and high pressure design and public bidding/contracting period.  To complicate matters, the City of Beaverton is a Factory Mutual Insured client and roof system designs did not conform to tested and approved systems requiring FM Engineer acceptance.

As the interior walls of the lower roof area consisted of a brick veneer with weep line less than 12” above the flat roof deck, hot rubber waterproofing was called for and with the help of KPFF Engineers, removal of roof slope in accordance with Chapter 16 of the Code was successfully permitted by the Building Department.  Heavy insulating paver ballast was installed to increase thermal resistance and serve as protection from anticipated foot traffic.

The upper roof was determined to be at maximum weight capacity given the unique deck and support design, also within the insulation system of the roof resided a dry fire sprinkler system which was currently leaking.  The leak intensity was stressing the facilities air pressure pumps and threatened to flood the system which would trigger alarms.  Since the leaks locations were confined with the roof system, they were undetectable preventing repair without systematic roof removal; PRC was tasked with developing a plan to find and repair leaks and devise a detection system that could pinpoint future leak locations. During roof removal, leaks were determined to be the result of Microbial Induced Corrosion of the welds of the cold rolled thin walled 4” main.  Complete replacement and reconfiguration of the main was required to allow for proper drainage.  A dual leak detection system capable of pinpointing future leaks was installed so targeted areas of the roofing could be removed if needed for future fire sprinkler leak repairs.  Tapered insulation and an SBS modified adhesive applied membrane was installed.

All roofing is designed to moderate interior climate and reduce daily solar heat gain while preventing condensation.  Among the successes, thermal efficiency was notably improved and verified by the building monitoring system.